After a tremendous response to the Fall 2017 Block Museum NU Docs series comes a new slate of documentaries screening throughout the Winter 2018 quarter.

The Other Kids (Chris Brown, 2016, USA, DCP, 95) – Thursday, January 18, 2018 at 7 PM
THE OTHER KIDS follows six teens as they struggle through their final days of high school in the gold rush town of Sonora, CA. THE OTHER KIDS is a totally unscripted hybrid of fiction and non-fiction in which real teenagers play versions of themselves in a constructed, fictional universe. Brutal, funny and moving, THE OTHER KIDS is an honest film about the power of friendship, the pain of loss and the exhilaration of being seventeen.


Q&A with filmmaker in person, following the screening

Using animated reenactments, interviews, archival footage, and a hilariously unreliable narrator, NUTS! traces Brinkley’s rise from poverty and obscurity to the heights of celebrity, wealth and influence in Depression-era America.


Q&A with filmmaker after the screening

Q&A with filmmakers after the screening

Raoul Peck – Hoffman Masterclass
In October 2017, our students met with Oscar nominated filmmaker Raoul Peck​ for a private masterclass where he discussed his work in documentary and his work in historical docudramas. Following the masterclass, the Block Museum played host to a capacity screening of Peck’s I Am Not Your Negro followed by a mesmerizing Q&A with Peck, Professor Miriam Petty, and Professor Kyle Henry. Raoul Peck was the School of Communication’s 2018 Hoffman Visiting Artist for Documentary Media, funded by a generous gift from Jane Steiner Hoffman and Michael Hoffman. Additional support from Dwight A. McBride, James Baldwin Scholar and former Northwestern TGS Dean/Associate Provost. https://communication.northwestern.edu/Node/123813 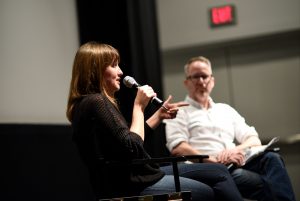 Quest With Editor Lindsay Utz At The Block
In October, Doc Media was honored to co-host a screening of the documentary QUEST at the Block Museum. The film’s editor and Doc Editing instructor Lindsay Utz took questions from the audience following the screening.  QUEST has ended up on multiple Best of 2017 lists and the film received 5 nominations from Cinema Eye Honors including a Best Editing nomination for Lindsay Utz.

In November, Doc Media had the pleasure to partner with the Block Museum for a screening of Professor JP Sniadecki’s newest documentary EL MAR LA MAR.  The film has screen at festivals around the world including  IndieLisboa, AFI Docs Festival, Camden International Film Festival, the New York Film Festival, Chicago International Film Festival and recently at IDFA (International Documentary Festival Amsterdam) in November.  The film also received a shout out in a New York Times article examining films inspired by Trump’s proposal to build a wall on the US-Mexico border. 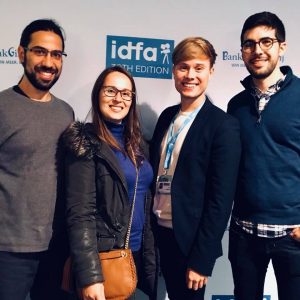 This continued a successful festival run for OUR SKIN, including wins at the Lili award for Best Short Film at MIX Copenhagen LGBTQ Film Festival, the film was an official selection of Hot Docs Canadian International Documentary Festival, the NewFest: The NYC LGBT Film Festival and last year the film had it’s European premiere at Doclisboa’16 | Festas. 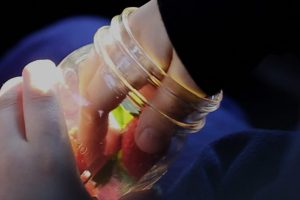 After a successful festival run for her documentary 1/80 OF ZHANG TIANYI that included screenings at the Big Sky Documentary Film Festival and American Documentary Film Festival, Shuhan Fan is currently working on STAY CLOSE, a recipient of the ESPN/TRIBECA FUTURE FILMMAKER AWARD.  Fan has continued her academic career as part of the AFI Conservatory as she purses her MFA in Screenwriting.

Jesseca Ynez Simmons’ thesis documentary, EMERALD ICE has continued a successful festival run, with its French premiere at the Paris College of Art  at the MoveCineArte Festival in November 2017.

Clement’s film SHOWMAN played at FilmBath in the UK and was nominated for the 6th annual IMDb New Filmmaker Award.

Clement is currently working on STAY CLOSE, a recipient of the ESPN/TRIBECA FUTURE FILMMAKER AWARD.

Currently in production, ON THE BIT directed by Ashley Brandon, produced by Luther Clement and Nevo Shinaar was at November 2017’s St. Louis International Film Festival where they participated in the Tribeca Film Institute’s Documentary Pitch competition.

The film received honorable mention, and $1,000 prize a little money and a distribution deal through Tribeca (it was also originally funded by Tribeca/ESPN’s Future Filmmaker Award).  The film will participate in a one-year distribution initiative managed by Tribeca Film Institute. 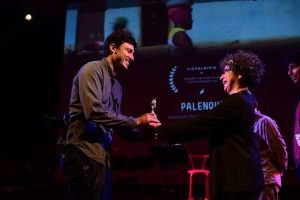 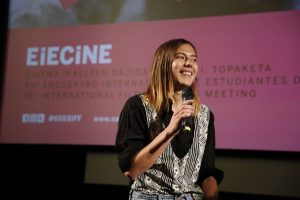 Mina Fitzpatrick’s thesis film WANDERVOGEL screened at the 2017 Chicago International Film Festival.  WANDERVOGEL had it’s international premiere at the San Sebastian Film Festival in Spain.  The film was presented at San Sebastian as part of the International Film Student Conference.  Fitzpatrick has recently taken a position as an Assistant Editor at Chicago’s Kindling Group.  Fitzpatrick’s previous film RUN OF PRESS was nominated for the 2016 ASC Vilmos Zsigmond Heritage Award and screened as part of the 2017 ChicagoMade Shorts at Millennium Park Summer Film Series. 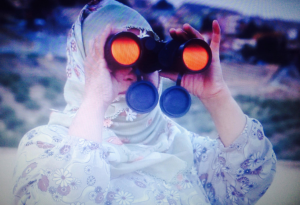 Jung Ah Kim’s film GUNDUDUGI screened at Indiespace in Seoul, South Korea. The film premiered at the 17th Seoul Independent Documentary Film Festival.  The Indiespace screening is an encore presentation of some of the top films from this year’s festival. 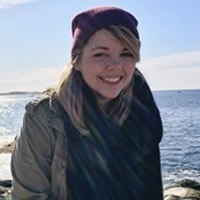 Pam Austin attended the Fall 2017 Telluride Student Film Symposium.  The Symposium was an opportunity to work with other film students and filmmakers on workshops and screen world-class films. 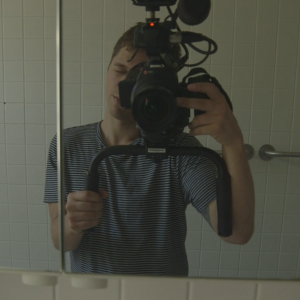 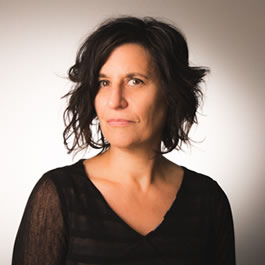 Debra Tolchinsky’s Oct 28, sold out Chicago Humanities Fallfest/17: Belief talk at the Block Museum concerning her in-process documentary, True Memories and Other Falsehoods was reviewed by Debra Davy in Splash magazine. “The audience saw a 15-minute excerpt from the upcoming full-length documentary. It was beautifully crafted and fascinating. After the viewing, Milos Stehlik (who moderated the discussion) exclaimed, ‘It’s so intimate!’ Debra also presented at the Kaplan Institute for the Humanities on Nov 8.