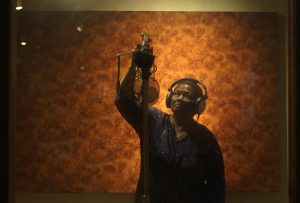 Simmons has continued to develop and screen other films. Dark Matter(s) directed by Jesseca Simmons with additional cinematography by Class of 2016 alumni João Queiroga, Rafie Drencheva, and Shuhan Fan won the Space Sound Effects Short-Film Festival.  SSFX challenged independent filmmakers from around the world to create short-films incorporating sounds from space recorded by satellites. See the creative results packaged together in this anthology film. For more information: https://www.youtube.com/watch?time_continue=6&v=SRoWNC7e80g

And currently in development by Simmons is I Can Only Be Mary Lane.  The film recently received fiscal sponsorship from IFP Chicago.  The film tells the story of Chicago Blues Hall of famer, Mary Lane. https://www.ifpchicago.org/i-can-only-be-mary-lane/

Simmons departs Northwestern after almost 4 years as both a graduate student and Cinematographer in Residence for a tenure track Assistant Professor position at the University of Dayton. 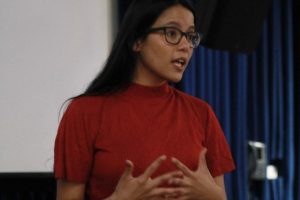 Miasarah Lai was named one of Kartemquin Films 2018 Diverse Voices in Doc Fellows! DVID is a professional development and mentorship program for documentary filmmakers of color, created by Kartemquin Films and the Community Film Workshop of Chicago.

Quhui Wu produced PRACTICE with Class of 2017’s Iyabo Kwayana.  The film screened at this spring’s AFI Docs, the Chicago Underground Film Festival and  at the Visions Du Reel in Switzerland.

Justin Reifert has accepted a tenure-track position as an Assistant Professor of Cinema Studies within the Department of English at Oakland University in Michigan. 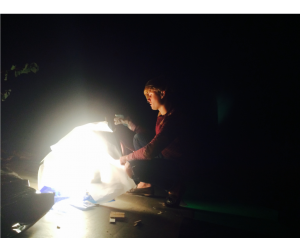 João Queiroga was featured on Facets Features Blog as part of their Resident Video series. João talks about some of his work created here at NU as part of the Doc Media program.
http://facets.org/blog/exclusive/ongoing/resident_video/resident-video-26-arde/

Jasmine Huff has been working at Duke University as a film instructor in the TIP Field Studies program.

Luther Clement’s thesis film Warm Noise Around Me screened at the Oberhausen Shorts Festival in Germany.

Hasan Demirtas’s thesis film Carry My Voice screened at this year’s Cannes Film Festival Corner.  Demirtas and his film was profiled by The New Current. https://www.thenewcurrent.co.uk/hasan-demirtas 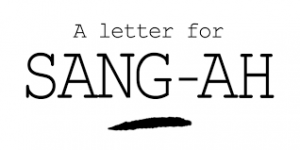 Mina Fitzpatrick’s film A Letter for Sang-Ah screened as part of the Women on the Rise showcase of female Korean directors at CAAMFest in May. The film took home the Loni Ding Award for Best Social Issue Documentary 2018. Thank you CAAMFest!https://caamedia.org/…/2…/05/14/2018-caamfest-award-winners/

Also, in February the feature film Abacus: Small Enough To Jail was nominated for an Academy Award for Best Documentary.  Fitzpatrick served an Assistant Editor on Abacus. http://ow.ly/w2L430hWUzO

The British Academy of Film and Television Arts named Palenque to the shortlist for best Student Film.

In June, the Class of 2018 celebrated their Northwestern careers with the MFA in Documentary Media Showcase – NU DOCS, three nights of screenings of thesis films and interactive projects.

Congrats to KB Lee whose thesis film, The Fountain of Tears was named a semi-finalist for the Hollywood Just4Shorts Film & Screenplay Competition. 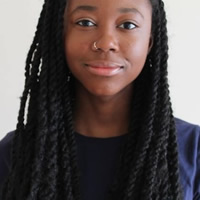 Elodie Edjang is spending this summer interning at Kartemquin Films. Edjang will also be teaching at Northwestern as part of the National High School Institute’s film program. 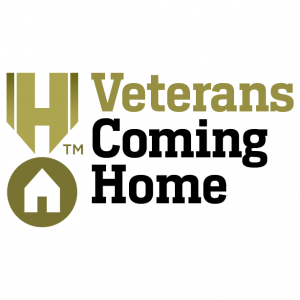 Kai Blakley is working with Kindling Group and their series Veterans Coming Home. Blakley, a veteran, will be traveling around the country helping tell the stories of veterans who have recently returned to the United States after seeing combat.  http://veteranscominghome.org/ 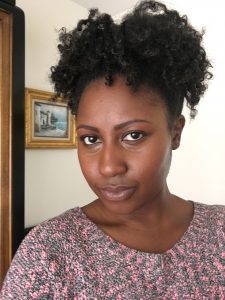 Joyy Norris is working with Cinema Chicago in their lead-up to the 2018 Chicago International Film Festival. Norris was recently named the Programming Assistant for Cinema Chicago. 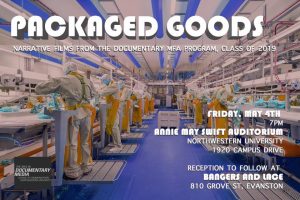 In May, the Class of 2019 screened short films produced during the 2018 winter quarter – PACKAGED GOODS was a collection of films from the MFA in Documentary Media Narrative Techniques course. 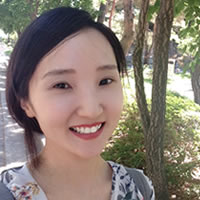 Jung Ah Kim will be interning this summer at Kartemquin Films.

Naeema Torres will be interning at Scrappers Film Group for the summer, working on the impact campaign for the feature, The Area.

Torres also received the 2018-2019 AAUW Career Development Grant and she was named a semi-finalist for the 2018 Nikon Storyteller Scholarship. 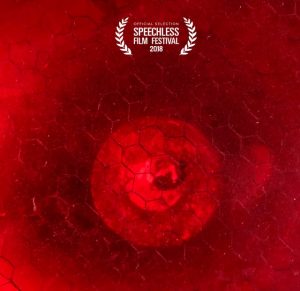 Jennifer Boles’ Cowboy Town screened at the Speechless Film Festival, the Blue Cat Short Film Festival, and the Chicago Underground Film Festival as part of the Shorts Program 1: A Map of Unknown Territory.

Jessica Scott’s Sneakers:  It’s Complicated screened to a packed audience as part of the Gentleman Jack Real to Reel competition.  The film will also be playing this August’s Hip Hop Film Festival in NYC.   https://www.jackdaniels.com/en-us/real-to-reel 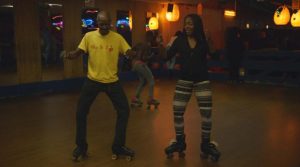 Congratulations to Benjamin V Buxton for winning the “Made in Chicago Award” at the 2018 Chicago Underground Film Festival for his film On The Rink. The film screened as part of the SHORTS PROGRAM 3: SHORT-CIRCUIT CONTROL. https://cuff.org/2018-2/

Buxton’s On The Rink also screened at Chicago’s Museum of Contemporary Art as part of the  Chicagoland Shorts:  Volume 4 premiere.

We say goodbye to Doc Media lecturer J. Christian Jensen. Jensen is departing to pursue opportunities out West. He wishes to thank the department and students for their kindness and support and will always be a champion of RTVF.

In May, Ines Sommer’s It Is No Secret, premiered on WTTW Channel 11. The commissioned documentary tells the story of Chicago’s Reverend Clay Evans.Using oral history interviews and a wealth of archival materials, the documentary paints an engaging portrait of Rev. Clay Evans, an important Chicago faith and Civil Rights leader, award-winning Gospel Music artist, and trailblazer in broadcast ministry. 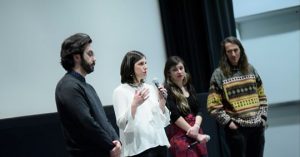 This spring saw a continued partnership with Doc Media and the Block Museum with a number of NEW DOCS screenings. Starting in January, the NEW DOCS series kicked off with Chris Brown’s New Kids. In February, Penny Lane met with the Doc students and screened her award-winning animated/hybrid film Nuts!  The series wrapped with a night of short documentaries featuring the work of Milad Mozari, Rachel Pikelny, Patrick Bresnan and Ivete Lucas. http://www.blockmuseum.northwestern.edu/…/cin…/new-docs.html. 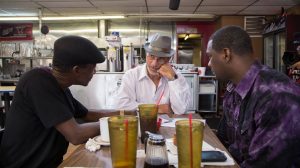 Later in May, J. Christian Jensen co-curated with Doc Media, the Block Museum, the Center on Wrongful Convictions, and Medill – Northwestern University Integrated Marketing Communications, a screening of True Conviction featuring filmmaker Jaime Meltzer and one of the film’s subject Christopher Scott. 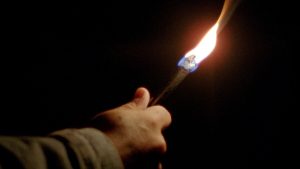 Professor JP Sniadecki was interviewed by Facets‘ Milos Stehlik on WBEZ talking about his film El Mar La Mar leading up to its April screening at the Gene Siskel Film Center. https://www.wbez.org/…/milos-stehlik-interviews-jp-sniadeck… 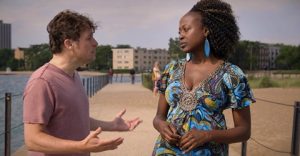 This followed screenings of Rogers Park throughout the country where the film received shining reviews in the Los Angeles Times, while playing to packed audiences back home in Chicago.
LA TIMES – http://www.latimes.com/…/la-et-mn-mini-rogers-park-review-2…
Chicago Sun-Times – https://chicago.suntimes.com/chicago-news/rogers-park-film-residents-screening/ 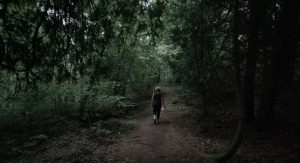 Director of the MFA in Doc/Media/Associate Professor, Debra Tolchinsky continues production on True Memories and Other Falsehoods, a feature-length documentary concerning contaminated memory and false internalized belief in relation to criminal justice. Debra is directing/producing, and the film is in development with Kartemquin Films, which recently had two documentaries in contention for Oscars. Currently, (as of this writing) TMOF is a finalist for a Roy W. Dean Spring 2018 Grant.

Professor Marco Williams co-directed and co-produced Tell Them We Are Rising, which premiered on Independent Lens | PBS in March.

Williams was also invited to join The Academy of Motion Pictures Arts and Sciences.